The deep crisis in the country’s construction industry led to a halt in construction of the library in 2011, which lasted a total of eight years. At that time, the façade was only partially assembled – the new building, designed as a gem, presented itself in an unfortunate, unfinished condition. But what lasted for a long time finally turned out to be a good thing: the work was now completed with power and energy and the remarkable building was brought to its destination.

The colourfully engobed terracotta in curved forms symbolizes the spine of a book and already tells something about the content on the outer façade. Colours, shapes and surfaces were developed especially for this purpose. The fact that the long storage period of the prefabricated material has not affected its quality, radiance and expressiveness speaks for itself and once again proves the lasting value and longevity of this natural material. 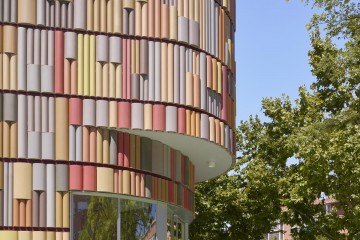 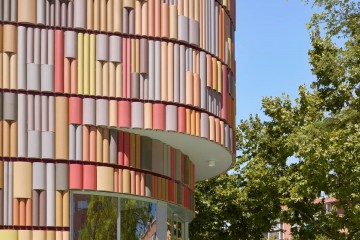 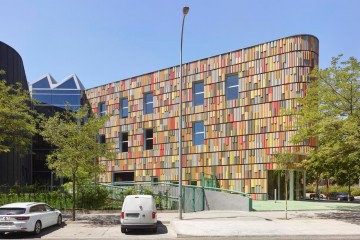 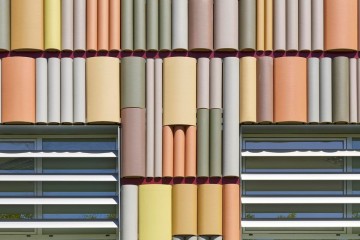 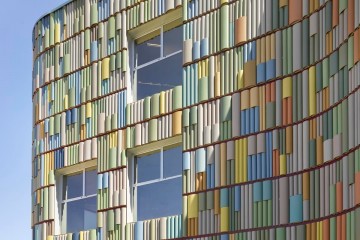