Seneca College: Conceived as a container with modular spaces, the new university building captivates with its impressive, sculptural structure and presence; with its orientation towards the busy thoroughfare of Finch Avenue in Toronto, it represents an inviting gateway to the Newnham campus. Large expanses of glass, structural steel and terracotta are the main components of the exterior envelope, which was designed to meet sustainability and resilience requirements, among others. Terracotta panels encase the exposed parts of the façade like a flaming dress and are reminiscent of Anishinabe birch bark – as a reference to the Anishinabe as the largest indigenous ethnic group in North America. The extraordinary effect results from the TERRART effect engobe, which was developed especially for this object. In addition, the cross-sections of the panels are different: flame and design make each element unique. 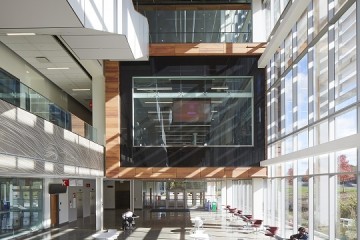 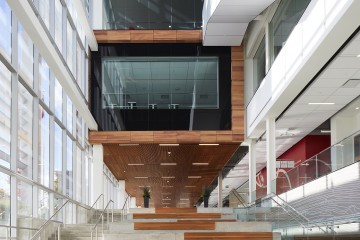 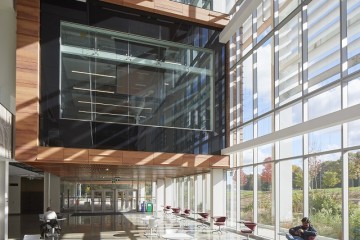 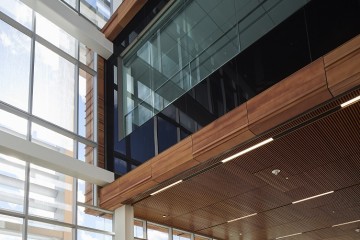 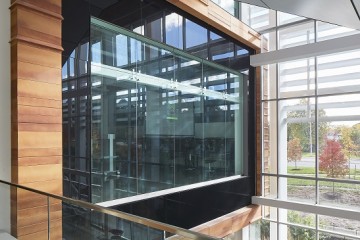 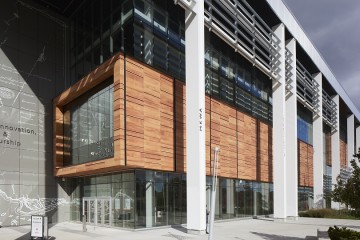 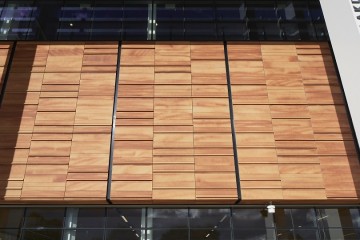 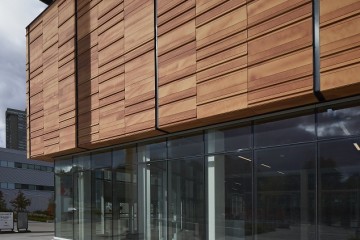 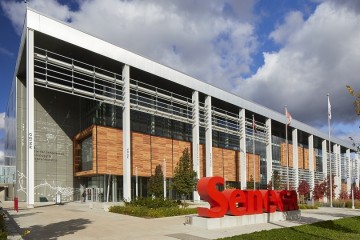 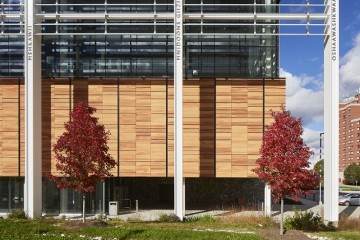 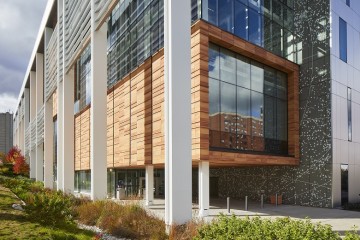 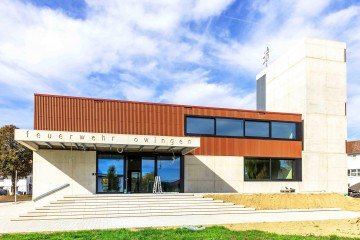