The new building of the Sophie-Barat-Schule in Hamburg -Rotherbaum, with a gross floor area of almost 4,400 square metres, presents itself as a modern, light-flooded school wing with a terracotta façade interrupted by horizontal light bands. Irregularly profiled TERRART -LARGE elements were refined with a white glaze produced in a single-firing process and mounted vertically on the building. 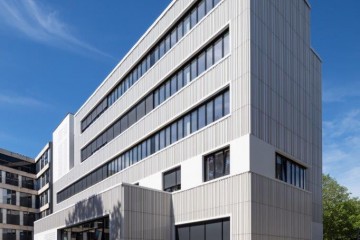 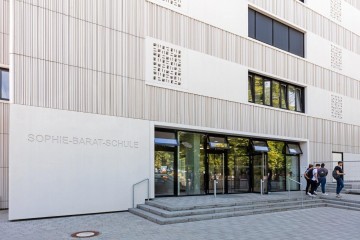 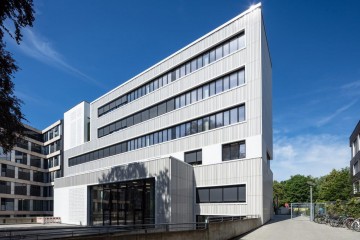 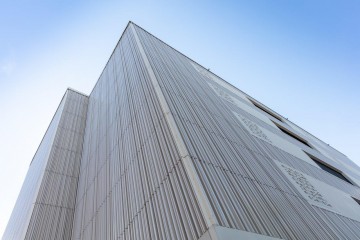 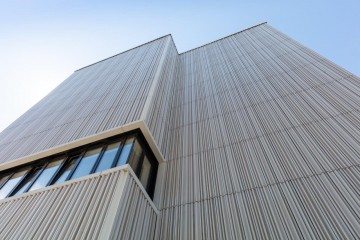 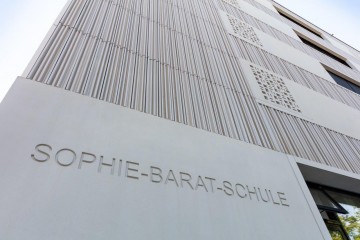