The Parisian suburb of Aubervilliers is gradually blossoming more and more into a hip, trendy quarter. One of the reasons may be the outstanding Le Millénaire shopping centre directly on the Canal Saint-Denis: with shop fl oor space of 56,000 square metres and 17,000 square metres of offi ce space, it is one of the largest and most remarkable developments of its type in the whole of France. With an unusually open-plan exterior design that creates a sense of being at a waterfront, the architecture is a contemporary interpretation of the grand old department stores in Paris, and not least thanks to its exemplary high environmental standards, this development is seen as a benchmark for planning ambitions in the metropolis: it represents an urban centre of attraction for people to shop and enjoy themselves. Alongside glass and steel, natural materials are also used in the façades: terracotta in typical brick-red brings an inviting warmth to the street aspects while TERRART® Baguettes fi ll the window apertures on the fi rst fl oor like sun blinds. An amusing detail: the crosswise arrangement of the bars, which picks up the red from the neighbouring building and appears to support the nose-shaped corner structure. 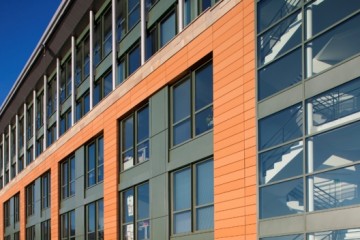 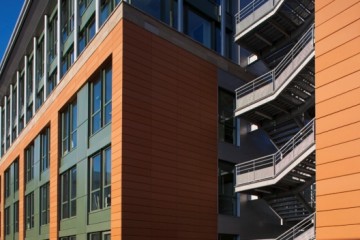 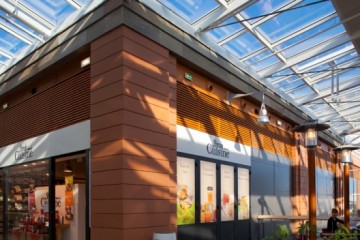 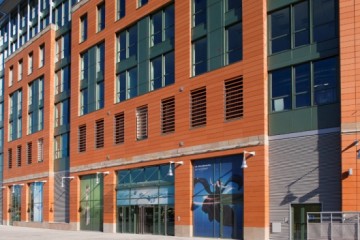 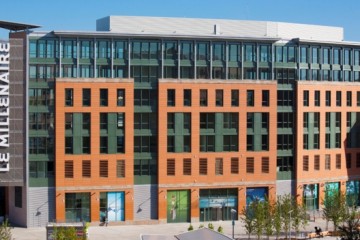 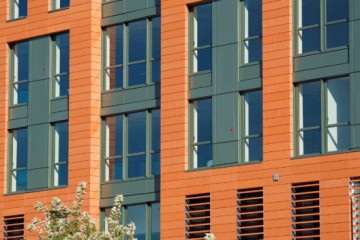 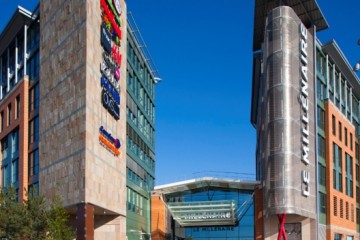 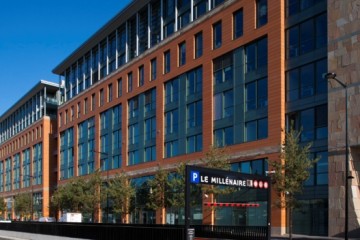 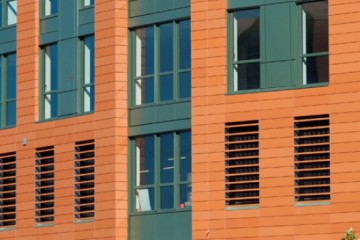 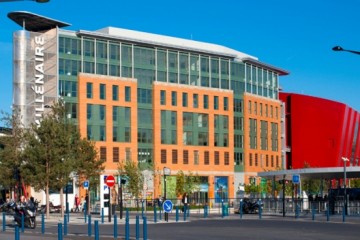