One of the country’s first shopping centres was opened here, in the Oslo suburb of Lambertseter, back in 1958. To revitalise the district and at the same time to cater to the increased population and increased demands, a new building complex has been constructed that, with more than 50 shops, a cinema and a public library, has become a highly popular meeting point and hotspot. The facades are clad with light terracotta elements. Only the “tower” adjacent to the main entrance is clad over its entire surface with slim but large-format TERRARTR LARGE panels, while the remaining exterior walls are semi-transparent. Slim, profiled panels set at a distance from each other adorn the facades like ribbons, creating a sense of lightness and transparency. The lines are continued by square baguettes in front of the window openings and create accents in the closed sections of the facade. The architectural quality of the Lambertseter Senter and the holistic concept encompassing sustainability, modern design and urban aesthetic appeal have already been recognised with an award. 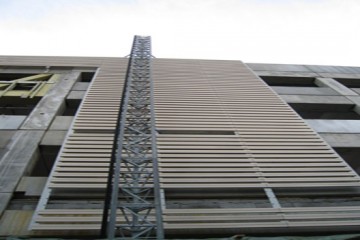 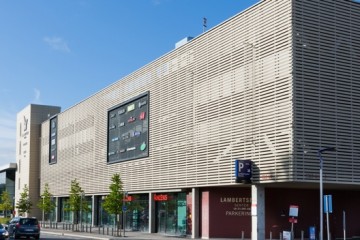 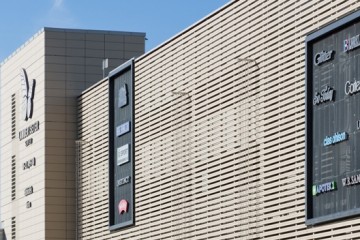 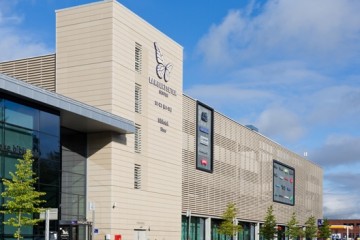 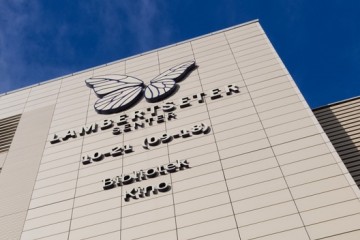 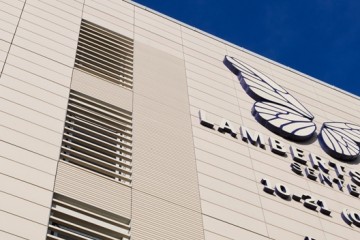 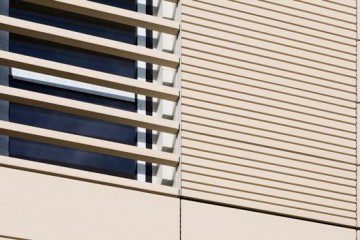