A 38-storey tower and a 44-storey tower make up Croydon Tower, a spectacular residential building in London, which is one of the tallest modular structures in the world. The geometric design has its inspiration in other towers in the area from the mid-20th century.
The façade is characterised by the facetted structure, which starts with the prism-like glass windows that end in a peak and is complemented by large-format, reflective ceramic tiles in bottle green that can be folded to different scales. In conjunction, the result is a breathtaking relief architecture reminiscent of gemstones. 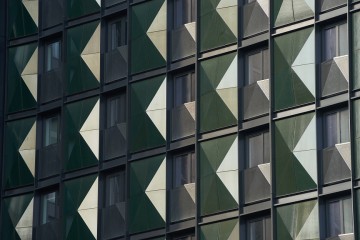 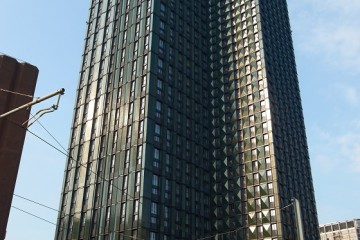 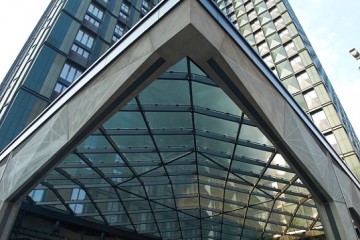 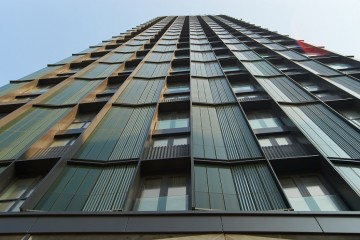 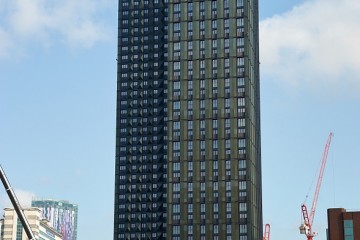 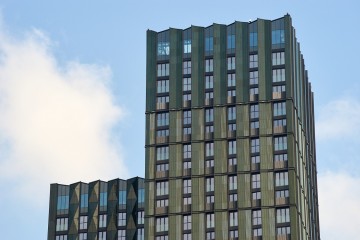 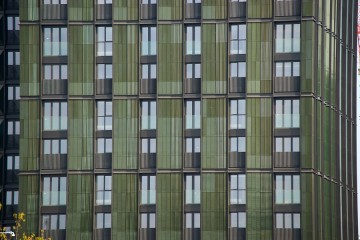 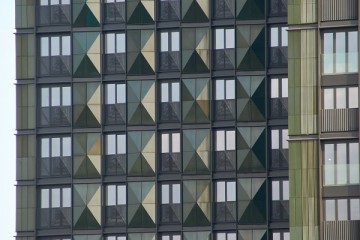 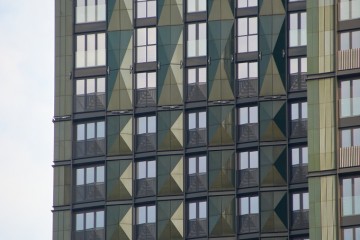 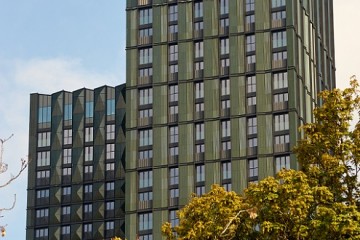 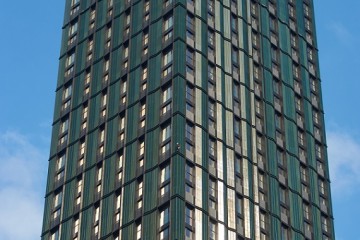 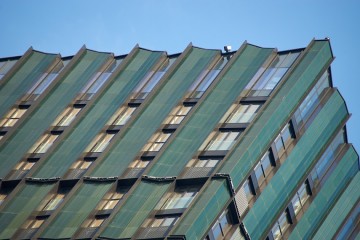 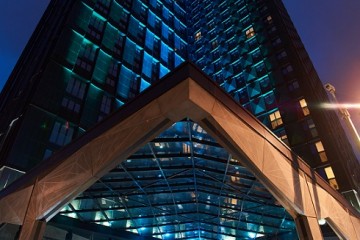